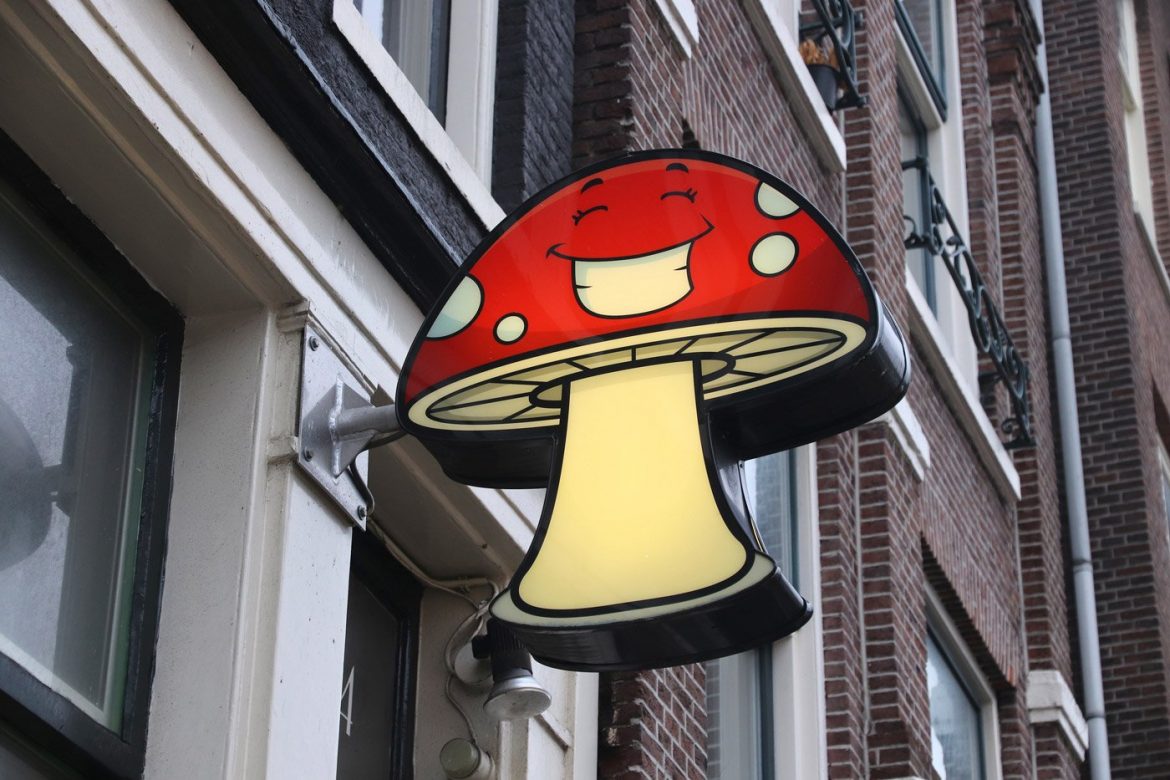 Those who have studied psilocybin spores and other psychedelic mushroom spores likely already know their value in terms of medical, scientific, and spiritual value. Unfortunately, much of the world’s governments don’t quite agree– psilocybin use is banned in many nations as of 2022. However, things might be changing for the better. A new multinational group is working to lift international limitations on psilocybin research and medicinal usage.

As the evidence for psilocybin’s therapeutic potential in the treatment of a variety of mental health conditions grows, a group of psychedelics research and advocacy organizations from across the world have banded together to form the International Therapeutic Psilocybin Rescheduling Initiative. This group’s purpose is to have psilocybin rescheduled under the 1971 UN Convention on Psychotropic Substances. Rescheduling of this nature would provide a favorable atmosphere for states to modify their domestic regulatory constraints on psilocybin, both legally and scientifically.

In this guide, we’ll explore what is happening to get magic mushrooms one step closer to global decriminalization.

Do you want to understand more about the spores of magic mushrooms? At Sacred Mushroom Spores, we proudly provide a large assortment of psilocybe cubensis spores and psilocybin mushroom spores for microscopic investigation. We have a large number of interesting strains and mutations to study. Today, have a look at our diverse selection of Psilocybe cubensis Mushroom Spore Syringes for sale.

It’s worth noting that in the United States, both the cultivation and development of magic mushroom spores, as well as the eating of fully matured fruit bodies, are both illegal. Mushroom Spore Syringes sold by Sacred Mushroom Spores are designed strictly for research and microscopy investigations.

Could Magic Mushrooms Be Rescheduled Under International Law?

To better grasp the future of potentially legalizing magic mushrooms, it helps to understand the legislation that has led to its restriction.

The Origins and History of Psilocybin Restrictions

Today, psilocybin is classed as a Schedule I restricted drug in the United States, with no recognised medical use and a significant potential for abuse. The Controlled Substances Act of 1970 outlawed the substance initially.

In the context of this article, one of the most important historical events regarding psilocybin restrictions is the 1971 Convention on Psychotropic Substances. The 1971 Convention on Psychotropic Substances is a United Nations convention aimed at regulating psychoactive substances including amphetamines, barbiturates, benzodiazepines, and psychedelics. On February 21, 1971, it was signed in Vienna, Austria. Because its scope was confined to medicines having cannabis, coca, and opium-like effects, the 1961 Single Convention on Narcotic Drugs did not prohibit the use of numerous recently discovered psychotropics.

During the 1960s, such drugs were widely available, and government officials objected for a variety of reasons, claiming that, in addition to bad health consequences, drug usage resulted in a loss of moral norms. In August 1976, the Convention went into effect, with import and export limitations as well as additional laws aimed at restricting drug usage to research and medical objectives. The pact has 183 signatory countries as of 2013. The US Psychotropic Substances Act, the UK Misuse of Drugs Act 1971, and the Canadian Controlled Drugs and Substances Act are just a few of the legislation that have been created to implement the Convention.

The 1971 Convention Presents a Serious Roadblock to Global Rescheduling

The majority of domestic psilocybin scheduling and control systems are based on nations’ responsibilities under the 1971 convention. This implies that psilocybin can only be used in extremely specialized scientific and medical situations across the world, and it is heavily regulated. The 71′ Convention lays forth the sorts of restrictions that states must implement in order to comply with the treaty. Licensing regimes that only enable government firms (or those approved by a government) to conduct research on the substance are among these regulations. Safe custody rules, which restrict the quantity of psilocybin that may be accessible and used, are also in place.

As a result, there is a slew of different regulations that pop up in domestic regimes, adding to the expense and complexity. Either the study gets too expensive and slows down, or it doesn’t happen at all. Reclassifying psilocybin under the 1971 convention would provide more scientific legitimacy to the drug’s therapeutic potential, in addition to enabling a permissive legal framework for governments to lift limitations.

If the campaign is successful, it is feasible that it will put further pressure on several countries to act, and that other states will reconsider their psilocybin legislation.

What is the International Therapeutic Psilocybin Rescheduling Initiative?

The International Therapeutic Psilocybin Rescheduling Initiative (a.k.a ITPRI) is a new international coalition devoted to reclassifying psilocybin as a Schedule I substance. The organization has already launched its fresh push to get psilocybin mushrooms rescheduled globally in January 2022. The International Medicinal Psilocybin Rescheduling Initiative is pursuing a global policy change to promote study into the substance’s therapeutic potential as the psychedelics reform movement grows in the United States.

The Multidisciplinary Association for Psychedelic Studies (commonly known as MAPS), the Beckley Foundation, Mind Medicine Australia, and others are among the coalition’s supporters.

The initiative focuses on international drug scheduling under the United Nations’ 1971 Convention on Psychotropic Substances, which currently places psilocybin in the most restrictive Schedule I category, which is supposed to be reserved for drugs that pose a particularly serious risk and have limited therapeutic applications. Psilocybin, proponents argue, meets none of these criteria, and there’s plenty of evidence to back them up.

Numerous scientific research studies published in 2021 support the idea that psilocybin has extraordinary medicinal and therapeutic benefits for humans. Psilocybin, in particular, might be an effective therapy for brain plasticity, anxiety, and treatment-resistant depression. Psilocybin could also become a new alternative to SSRIs.

The ITPRI isn’t just pushing for the decriminalization of psilocybin use for fun. There’s clearly a lot of evidence that psilocybin can be beneficial for mental health and neurological treatment. Unfortunately, researchers interested in investigating the restricted substance confront a slew of regulatory roadblocks, which drive up the cost, complexity, and duration of research while also jeopardizing ethical clearances, financing, and collaboration. The group has said that as a first step toward rescheduling psilocybin under international policy, it will engage with treaty members to conduct a formal study of the psychedelic’s advantages and hazards. To begin the process, only one nation would need to submit a request to the UN’s World Health Organization (WHO).

Given the current scientific understanding of psilocybin’s great potential therapeutic efficacy and little danger of dependency, it’s long past time for it to be removed from Schedule I. After a member country or WHO initiates the procedure, the Executive Committee on Drug Dependency (also known as ECDD) of the international body will conduct a critical analysis of the situation and provide suggestions on possible policy changes. If the assessment results in a proposal for rescheduling, it must be approved by two-thirds of the treaty’s member parties.

ITPRI has identified roughly a dozen nations as potential bearers of a rescheduling petition for psilocybin. One of the main countries of focus is Canada, which has previously made efforts to relax limitations on the entheogen in some therapeutic contexts. In contravention of international conventions, it has also made marijuana legal throughout the country. Numerous psilocybin researchers have also been awarded “breakthrough treatment” designation in Canada, making the chemical available to persons who are reaching the end of their lives or suffering from serious mental illness.

The rest of the world, on the other hand, may be more difficult to change– but it is vital to try. The 1971 Convention’s rescheduling processes provide a potentially game-changing chance to progress additional research and expedite the approval of therapies for patients. Psilocybin’s existing international classification has greatly hampered and continues to hampered neuroscience research and the development of patient therapies.

What Can Really Be Done to Reschedule Psilocybin?

The first step towards getting psilocybin out of Schedule I of the 1971 Convention, which would lift many of the existing prohibitions, is to have it reviewed by the World Health Organization’s Expert Committee on Drug Dependence. The ECDD is a panel of independent scientific and medical experts entrusted with examining chemicals for scheduling or rescheduling under the convention. There are three options for getting psilocybin reviewed by the committee. The first is a review launched by a state party.

Any of the treaty’s 175 signatories can request a review of any listed substance by sending a letter to the UN Secretary General. As a result, the ITPRI has selected a number of countries for priority interaction as possible review initiators.

These nations were chosen based on their historical approaches to medicinal cannabis laws, general drug policy change, funding of mental health treatment facilities, and whether or not they host psychedelic research within their borders. Some of the nations that might lead the way in commencing a review include Canada, Israel, the United Kingdom, the Czech Republic, the Netherlands, Portugal, New Zealand, Germany, Switzerland, Norway, and Luxembourg. For the process to start, just one country needed to request a review.

The WHO, on the other hand, can launch a review on its own. This is the initiative’s second possible road to success. With a notice to the UN secretary general, the World Health Organization (WHO) can launch a review. Any member of the Expert Committee on Drug Dependence can begin a pre-review after a review has been launched, which can eventually lead to a review if the evidence supports it. Technically, the UN Commission on Narcotic Drugs might seek a review, but many of the ITPRI leaders believe this is not a good place to start.

Does the ITPRI Have a Chance?

We feel there is a probability that the psilocybin limits will be changed. In 2019, the WHO recommended reclassifying marijuana, which was classified alongside cocaine and heroin in the 1961 Single Convention on Narcotic Drugs as a hazardous narcotic with no therapeutic use and a high potential for abuse. Fortunately, the Commission on Narcotic Drugs approved the suggestion and modified the drug’s schedule status in December 2020. In the case of marijuana, the WHO based its proposal to reschedule on research indicating that the plant has medicinal potential.

If enough data is obtained to support the legalization of psilocybin, the WHO is likely to adopt those results. Psilocybin research is far more advanced than medical cannabis research, and it’s just becoming stronger given how many firms are involved and how many specialized institutes there are. Many renowned organizations are pursuing psilocybin research as of 2021.

If the ITPRI can persuade the WHO to conduct a review, the current evidence for psilocybin’s medicinal potential is sufficient to warrant a rescheduling proposal. If the organization is successful in convincing the WHO’s Expert Committee on Drug Dependence to suggest rescheduling psilocybin, the UN Commission on Narcotic Drugs will have to implement the modification. Because the UN Commission on Narcotic Drugs is constrained by the ECDD’s medical and scientific evaluation, it cannot reach its own judgments about therapeutic potential or misuse liability. They can, however, consider a variety of additional criteria, such as legal, administrative, social, and economic, while deciding whether or not to accept the advice.

Getting a WHO endorsement would be a big step forward in establishing the legitimacy of psilocybin-assisted treatments and psychedelic therapies in general. Throughout 2022, we’re likely to see some substantial changes in the laws surrounding psilocybin use. However, as it currently stands, psilocybin and magic mushrooms in general are still largely illegal to cultivate, sell, and consume.

We hope you have enjoyed this article. If you want to enjoy mushroom spores for sale to study at home, check out Sacred Mushroom Spores’ wide collection today.