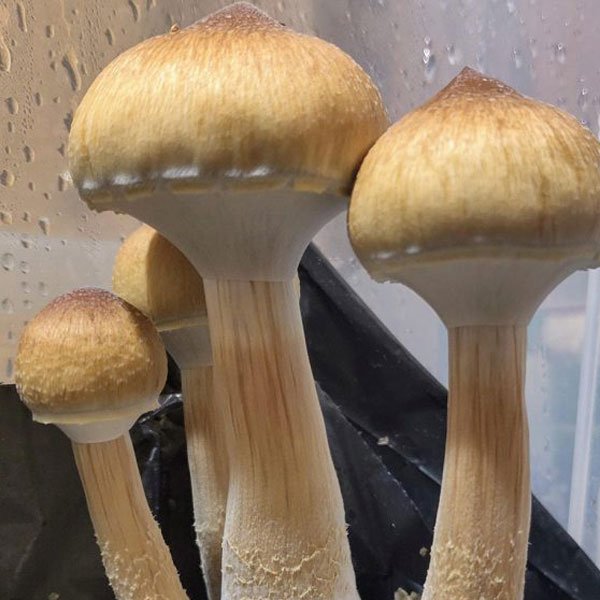 The Nepal strain of magic mushrooms is named after the country of Nepal and was originally discovered in the Chitwan region of the country. This strain of psilocybe cubensis can grown quite large with caps reaching over 7 cm in diameter. Boasting a rich golden brown hue, the Nepal strain is visually stunning as well as easy to cultivate and study.

Nepal mushrooms are a cubensis mushroom strain commonly known as Nepal Chitwan mushrooms. You should try this strain if you want to have a unique experience that only the most experienced mycology researchers have had the chance to investigate. It’s amazing to witness the early stages of this fungus’ growth through a microscope. Observers will notice how durable the spores appear, as if the mountain air of their original habitat had prepared them to be resistant to contamination, similar to other spores from a subtropical region.

The Discovery of the Nepal Mushroom

Nepal is well-known for a variety of reasons. It has the majority of the world’s highest mountains, as well as gorgeous forests and some of the world’s most fertile soil. Most people don’t know that it is also the home to one of the best Psilocybe cubensis strains in the world– not just Nepal. These small-to-medium-sized mushrooms may be found in the Chitwan area of Nepal in the autumn. John Allen, a well-known mycologist, is said to have brought these mushrooms back to the West from Asia. No one knows for sure when they first became involved in the magic mushroom trade.

The Growth Characteristics of Nepal Mushrooms

The mature Nepal strain takes on a curious, almost alien aspect in the wilds of Chitwan. It has concave crowns with a hint of cinnamon on them. The remainder of the creature is white. A little cap, about 20-70 millimeters in diameter, sits atop a thick, robust stem, like a flying saucer. Heavy spore production leads in dark purple prints, which contrast well with the gills’ otherwise white appearance. The mycelium of the Nepal strain colonizes fast and is an excellent strain for studying under the microscope. The Nepal mushroom was discovered growing on what seemed to be elephant dung when it was initially identified. It’s worth noting that it was discovered under abnormally dry conditions, three months after the traditional mushroom season, demonstrating its adaptability.

What You’ll Get with Your Nepal Mushroom Kit

Legal Note: Our devoted clients and amateur researchers can order psilocybin mushroom spores and psilocybe cubensis spores with ease from Sacred Mushroom Spores. It’s worth noting, however, that in the United States, producing or eating psilocybin spores and fruiting bodies is unlawful on a federal level. Adult mushrooms cannot be produced from hallucinogenic mushroom spores, which are intended for research purposes only. Sacred Mushroom Spores sells mushroom spores purely for research and study at the microscopic level. 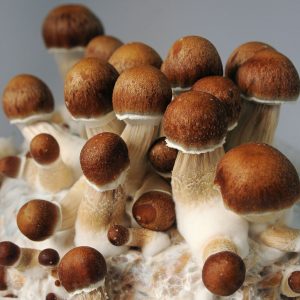 The Golden Teacher strain boasts beautiful golden caps, which give it its namesake. A very large and fleshy strain, the Golden Teacher produces very large fruit and are known for being particularly potent when it comes to psychedelic effects. Discovered at the turn of the 20th century, this strain is quite mysterious and little is known about the actual origins of its genetics. 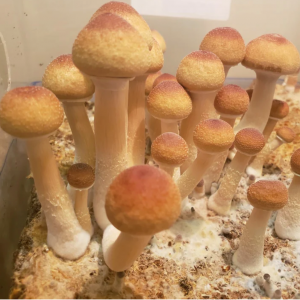 The legendary B+ Psychedelic Mushroom Spores are classic cubes that are one of the most popular on the market. A mysterious strain, researchers are unsure where the original B+ cube came from. Regardless, these psilocybin spores bear large fruits and are quite durable in many different conditions and temperatures, making them ideal for beginners. 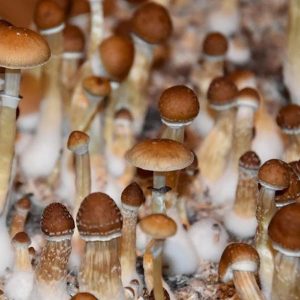 The Mexican Dutch King psilocybe cubensis mushroom strain was first discovered in Mexico before it was brought across the globe to the Netherlands by mycologists and researchers. The psilocybin in this strain is known for its healing properties and was originally called “Teonanácatl” or “God Fungus” by the Aztecs that cultivated it for medicinal purposes thousands of years ago. Despite its intense reputation, this is a very easy strain to cultivate and study for beginners.